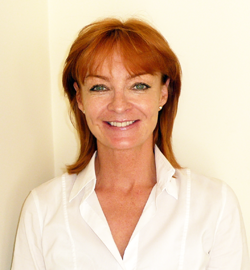 Her skill in the field of cranial osteopathy is demonstrated by the growing number of babies and children now seeking treatment for sleep and teething problems. She understands the difficulties facing new parents and is happy to visit newborn infants in their own home.

In 2008, Fiona worked as an honorary osteopath at the Royal Free Hospital Pain Clinic in order to help advance osteopathy within the NHS.

In 2009, Fiona joined the Harcourt Clinic as an associate osteopath to Kevin Bell. They both trained at the British College of Osteopathic Medicine (BCOM) which is renowned for its academic excellence.

Her previous career was in journalism during which she wrote for many national publications including The Sunday Times, The Financial Times, The Independent and The Daily Mail. In 1995, she ghost wrote the best-selling Autobiography of a well-known celebrity.

She is a member of the General Osteopathic Council. The British Osteopathic Association, The Royal Society of Medicine and The Groucho Club.